Formerly known as Cape Parrots they are now called Brown-Necked Parrots to distinguish them from the much rarer, forest dwelling subspecies Poicephalus robustus. Although we have been breeding these delightful parrots also known as Poicephalus fusicolis for 20 years, we haven’t had a clutch for 8 years. Who knows why? Perhaps the drought here in California had something to do with it. Our second pair hatched two youngsters in mid-December 2021. Watch for updates and videos in January 2022. 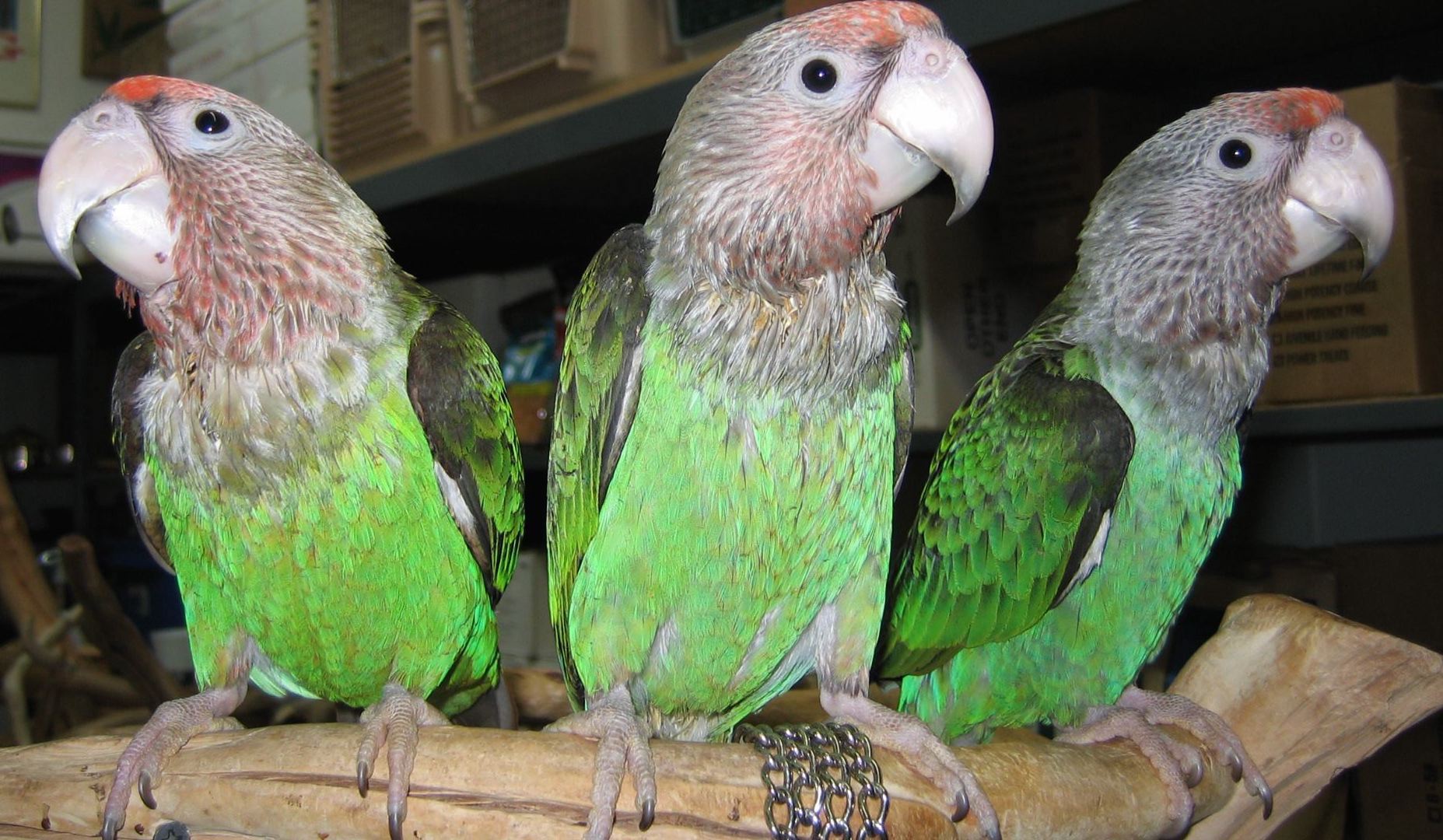