We have several species of Macaws, some of which are extremely endangered and not encouraged as pets. At various times in our booth we will show Blue Throated, Red Fronted, Green Wing, Blue and Gold and Scarlet Macaws. These are some of the large Macaws, all of which are either highly endangered or declining in numbers in the wild. We also will be showing 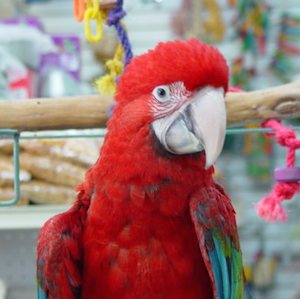