Scarlet Macaws have a reputation for being somewhat more aggressive and unpredictable than other large Macaws. After raising several clutches of Scarlets some alongside other species of macaws, we have concluded that their disposition is not much different from the Green Wing macaws, who are commonly referred to as the gentle giants. View these images showing the interaction of scarlet and Green Wing Macaws. Birds of a different feather can learn to flock together and acquire some of the attributes of their “odd couple” nursery playmates. 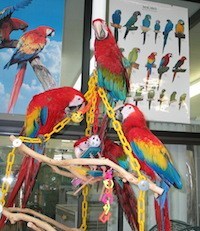 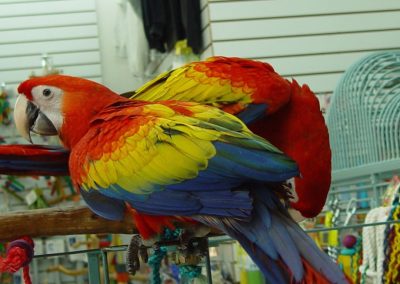 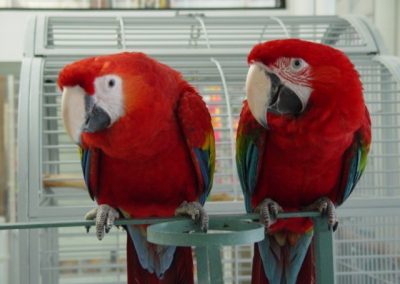 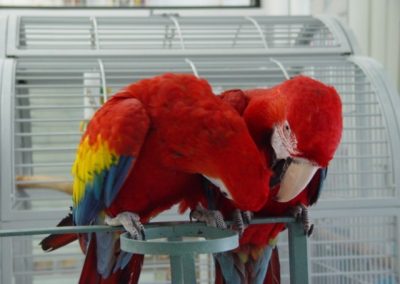 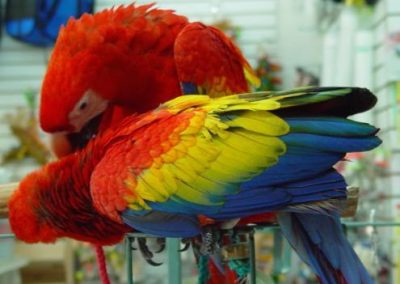 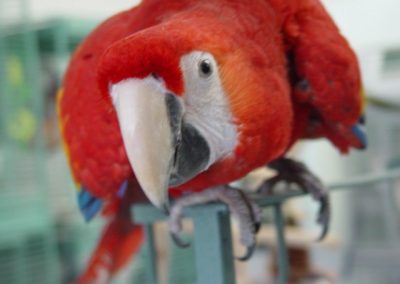 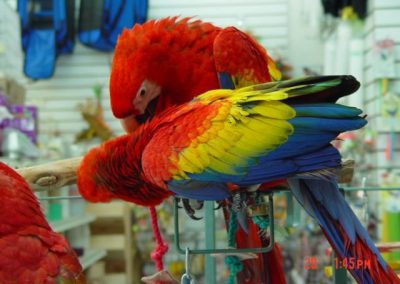 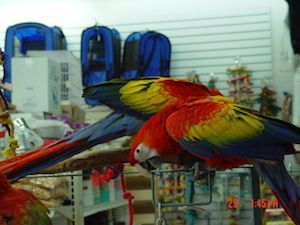 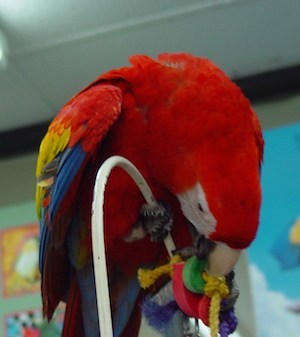 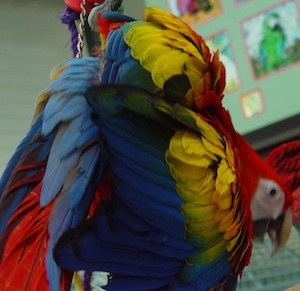